Bias Awareness Is Not the Solution! It Might Backlash! 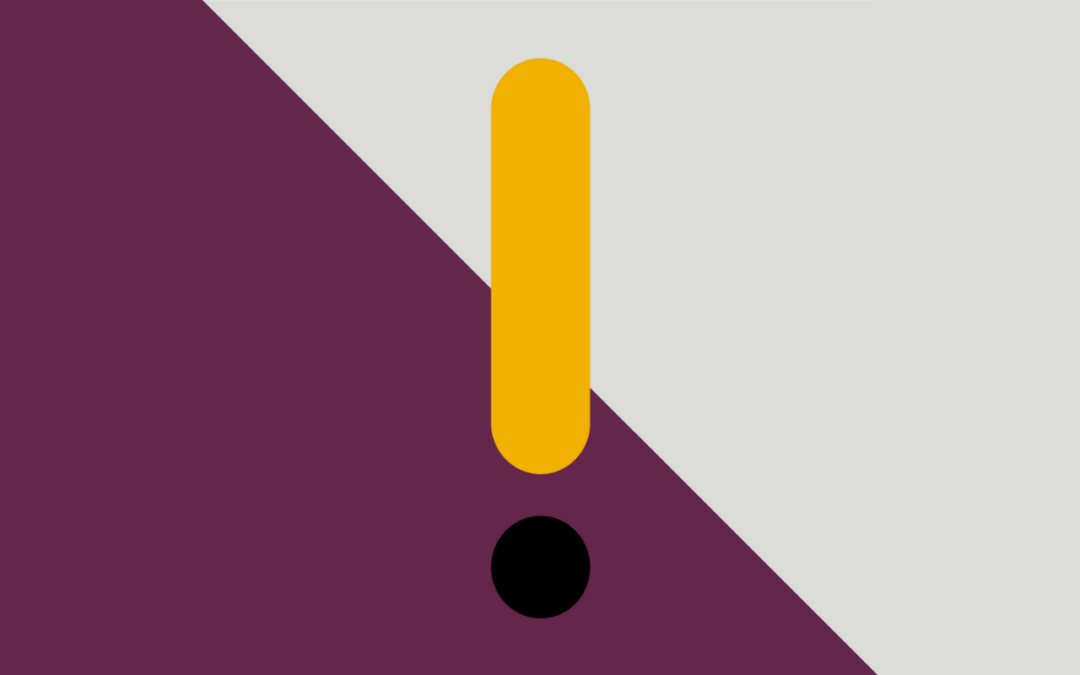 Unconscious bias awareness training has become the most used response to combatting discrimination and inequality, and a quick fix solution to try to achieve equity and inclusion. It’s a global trend and a big industry. But we have a problem — at best it’s just ineffective, at worse it backlashes. Here’s why it’s not the way forward and why we need to design our way towards a more just world for the greater good of all.

What’s up with all this bias awareness training?

Does this sound like a familiar pattern in organisations?

= Let’s do another unconscious bias training!

Employee grievance complaint based on treatment from 1 person

= Bias training for all people!

Let’s show we are supportive of diversity, equity & inclusion

There is an all too familiar rush to do unconscious bias awareness trainings when leaders are confronted about cases in their organisations of exclusion, disrespect, discrimination, and a lack of leveraging the full potential of all people. The prevailing mindset is to trust that training will ‘fix’ the issues. In some cases, training is used like a defensive shield against calls for change to be more inclusive. The statement of “we’re offering bias training across the organisation” becomes seemingly proof that “things are going to change here“. But that usually doesn’t happen. “How can this be?”, you might be wondering.

Why bias awareness training is not the solution

Over-reliance on unconscious bias awareness training as ‘the solution’ has created a multi-billion dollar-a-year industry that is profiting from many thinking this approach will ‘fix the problem’. Yet often, the outcomes of these bias trainings are not effective and the problem persists. It may even get bigger!

This stems from a false self-belief and overconfidence in our thinking abilities. Knowing in our rational, conscious (system 2) mind about bias and group dynamics, and having good intentions, does not reduce the impact of the unconscious mind. The unconscious (system 1) mind is where the vast majority of our cognitive functioning (including bias) happens. Training that is knowledge-based appeals to the wrong thinking system if we want lasting behavioural change. Training is not going to work when it aims to convince people to be more inclusive and make them aware of their unconscious biases and stereotypes.

Not only are we talking to the wrong brain system, we are speaking the wrong language.

Having to be consciously aware of the unconscious comes at the risk of creating mental overload, which has been proven to strengthen the impact of bias. Furthermore, when knowing (system 2) but not having the ability to act on that knowledge, it can paralyse us (system 1) and then we rely even more on default and biased behaviour. So, you see this creates a vicious circle.

Research and real experiences are showing that unconscious bias awareness training can backfire because it unintentionally enhances more biased thinking and behaviours, as well as strengthens stereotypes.

New research from 2020 show that making people in privileged positions aware of racial prejudice, inequality and discrimination in current society does not change their common misconception of society being largely fair to all, but instead strengthen that believe and even make their perception of past inequalities more optimistic. Awareness backfires.

Lean back because ‘bias is natural’

By hearing that others are biased and its ‘natural’ to hold stereotypes, we feel less motivated to change biases or worse.

Another challenge we have identified over the years, is the term ‘Unconscious Bias Awareness Training’, or for that matter ‘Inclusion & Diversity Training’. This is because these terms often trigger connotations and associations in the unconscious mind that activates counter-productive emotions and reactions, such as these below.

“Now, I’ll get them and show them how wrong they are.” (revenge)

“Now, I know my bias and control it.” (over-optimism)

Attending such training can create a self-perception of having control of ones’ biases and being one of the ‘good people’ who are not discriminating. This has proven to trigger moral licensing, which makes our behaviour not only non-inclusive, but the very opposite of our stated values, beliefs, and intentions. Moral licensing is an unconscious mental phenomenon in which a positive self-image makes our unconscious mind more likely to make immoral choices. Studies have shown that people who expressed strong disagreement with sexist statements are more likely to hire a man for a job and make sexist comments because they feel secure about their ‘non-sexist’ self-image. People who express disagreement with racist statements have also been shown to be more likely to unconsciously discriminate against racial minorities.

Well, given that this is the opposite of what we need, let’s do something proven to work!

Some positive effects we can leverage

The strong preference for bias training as ‘the solution’ is not just a search for a ‘quick fix’, it is also an ex­pression of hope that training will somehow ‘fix’ our biased thinking, interactions, and processes. We, Lisa and Tinna, do acknowledge that such sessions can create a shared experience and insights, Also, through the use aha-moments this can prompt self-reflection and spotting of previously unseen patterns of discrimination and bias. The positive outcome can be a shared language that can ease conversations about root causes that need to be addressed in the organisation or community.

But is that enough to change organisations and people’s behaviour? No! Studies show that at best, any positive results only last a few days.

Here’s an effective path to take to de-bias

We cannot change and redesign how the human mind works. Knowing about our cognitive biases and the gap between the two systems in our mind, will not change how it influences us.

We can work with our inter-dependent cognitive systems by changing the barriers of the mind into strengths.

We must appeal to the unconscious system to find the solutions because this is the mind doing our behaviour. So how can we do this? Let’s take a closer look at how we can make this happen by using the power of Inclusion Nudges. These make a profound difference in combatting biases and absurd realities.

What is an Inclusion Nudge?

An Inclusion Nudge is an action designed to influence the unconscious mind and makes it easy to be inclusive and do inclusion automatically in daily actions. These actions are practical applications insights about human behaviour and decision making (from behavioural and social sciences, nudge theory, as well as knowledge about the hidden barriers to achieve inclusion). These inclusive actions and designs work because they nudge (steer) the unconscious mind (your own and that of others) to change behaviour to be inclusive automatically.

Inclusion Nudges work by minimising the impact of mental shortcuts (biases) and not relying on the conscious mind to drive change. As a result, you don’t need to use rational arguments to convince people to change. Inclusion Nudges make the desired behaviour automatic, aligning our behaviour with our self-interest and intent. This happens without the use of threats or punishment and by respecting freedom of choice. And this happens usually with very little cost involved. Now, that’s effective sounding, isn’t it?

An example that illustrates how we can mitigate bias by design is the well-known practice in some symphony orchestras since the 1970s. In the evaluation, musicians the selection committee do not see the candidates. They do anonymous auditions by performing behind a screen. It started when some people internally started questioning why the orchestra predominantly consisted of white males. The results of the pilot were quite shocking. The number of women selected increased by 50% and the ethnic backgrounds of the selected candidates also changed radically. It was implemented as a permanent design. Today, most of the biggest symphony orchestras worldwide use anonymous auditions to make sure they get the best qualified musicians, and to make sure that evaluations are not biased on grounds of gender, ethnicity, and appearance. Some have even put a carpet behind the screen to avoid hearing the shoes on the floor because that can prime a gender bias in the unconscious mind, and thus skew how the committee members listen to the music performance.

Anonymising candidates is an example of an Inclusion Nudge. This is finally spreading and becoming more normal in many organisations and the emergence of technological platforms are easing the facilitation of this. But, we still find it crazy that so many people have known about the positive impact of this design, yet so few have implemented this simple change. We have had this evidence for more than 40 years! We think it’s fair to say that we have to speed it up.

Awareness is not the solution.

We have used these change designs for years, and so have thousands of people around the world.

We encourage you to give it a try.

Let’s make inclusion the norm everywhere, for everyone.