Ally by Actions – Not by Posting on Social Media 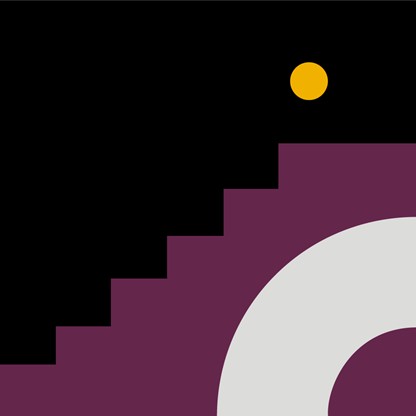 What kind of allyship?

Often allyship is only considered as people in privileged positions standing up and speaking up for other people who lack privilege or are underrepresented minority groups, as well as transferring the benefits of their privileges to those who lack it. It’s about taking on the struggle as your own to address injustice and exclusion, even to the extent of your own loss of power and privileges.

But this common understanding of allyship leaves us with a problem.

All of these above referenced elements of allyship action require deliberate and conscious choices and actions and for many people it requires courage. That is often a barrier for getting more people to become and be allies for the long-term, as habitual behaviour.

The kind of allyship we need as an alternative and supplement is less about explicit statements about being an ally, such as “I am a supporter of gender parity”, “I support Black Lives Matter”, or “I am pro diversity”. Nor do we need allyship image work which is characterised as merely for show. We commonly see this happening in response to some ‘diversity’ issue. On international women’s day, for example, there are numerous leaders who post a photo of them holding a sign with a hashtag slogan, but don’t see this carry over to achieving gender equity by the next year’s event. Or during racial equality demonstrations, many organisations release public statements but visible actions often don’t follow and eventually the issue is forgotten. Or during gay pride month in June, organisations will proudly display the rainbow flag colours, but policies and laws discriminating against GLBTQ+ people remain in effect within the communities and organisations where these citizens live and work.

Yes, we also know that this kind attention is important to keep focus on issues that need to change. It’s just that we have worked with so many people and organisations that practice ‘performative allyship’ and it’s really frustrating to witness over and over again, especially since it’s action for change we need more than ever. And it doesn’t take much to make a difference. Our experience is that people just need to have examples of how they can do it and most will then take action.

There are several reasons for why we should avoid aiming our change efforts for diversity, equity, and inclusion on getting people to ‘say the right thing’ and practice this type of ‘performative allyship’.

What has been most devastating for both of us throughout the decades of working for diversity, equity, and inclusion is how often ‘expressed allyship’ or ‘performative allyship’ backfires with negative ramifications.

One reason is that when people have established a self-perception that “I am one of the good people” and “I support the minority and the discriminated”, then this can trigger a psychological mechanism called moral licensing that leads to unconscious discriminatory judgements and behaviours. This effect increases when people hold high-level positions with status and power and also in cultures that proclaim that they are based on meritocracy.

These self-beliefs and conscious intentions are completely opposite of the unconscious and resulting behaviours. This creates a credibility gap between words and actions. Another trouble spot with allyship is that when people state their support and stand up for inclusion and non-discrimination, they are challenging the status quo. They are calling out what is not fair and perhaps not even legal. Doing this is ‘rocking the boat’, and it requires courageous effort. This is especially true for people from minority groups, as research has shown that they receive more negative reactions of being penalised and criticised (‘blame the victim’). Some results of this are lower performance ratings, career limitations, higher rates of stress, and impacts on personal well-being. One U.S. study found that when employees reported harassment, 75% experienced some form of retaliation.

And last but not least, too often we have seen people who are proclaimed allies, stand by and witness harassment, oppression, and misuse of power, but do nothing. This happens even when they hold beliefs that they are allies and would intervene in such situations. The ‘bystander effect’ interferes with taking action, as we feel that someone else will do it. Plus, when we don’t see others speaking up, an unconscious need to fit in with the group (conformity bias) suppresses our individual tendencies to act. Also, we begin to have self-doubts, questioning if we are the ‘right people’ to take such a stand.

So, let’s aim for another kind of allyship – the kind we don’t focus on getting people to say the right things, post on social media, or explicitly advocate for equity, anti-discrimination, diversity, and inclusion. We can also do that, but what if we can get more people involved if we supplement with designed that enable and empower large groups of people to do allyship – and without them having to consciously make a choice about engaging. That’s the power of Inclusion Nudges

In these blog posts you get several examples of how you can motivate others to be allies and also help your own mind to take more action as an ally.

2 Ways You Can Nudges People to Be Allies

Begin With Activating Allyship by Seeing The Unseen

Across several organisations, such as the World Economic Forum and United Nations, there is a call to action for making this current period of history named The Great Reset to be more inclusive and ensure social justice. We have an unprecedented opportunity right now to make stakeholder inclusion the norm and renegotiate the social contract. But what does that mean? And who is going to make it happen? If leaders and politicians would and could, then they would have already made this happen because the need for that has always existed. It’s not new, even though inequality has increased during the pandemic and the global lockdown.

The changes have to come from us, you, and our peers – by making it happen in each of our spheres of influence

We each have the power to do something. We just have to know how to transform our power into change and get others onboard in making it happen. The practical examples have proven to be a great contribution because knowing how others have already done it, helps our brain to see the opportunities in our own organisation and community.

To get more practical examples you can read the Action Guide for Motivating Allies with 30 Inclusion Nudge designs.

Please share with us how you do allyship and how to empower others to be allies. Drop us an email: contact@inclusion-nudges.org